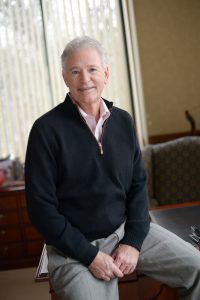 Florence Bank announced today that President and CEO John F. Heaps Jr. will retire on May 1, 2020—25 years to the day he took the top job, making him the bank’s longest-serving CEO.

Heaps will be succeeded from within by Kevin Day, Florence Bank’s executive vice president. Day joined the bank 11 years ago as its chief financial officer. Heaps will serve as CEO, and Day will become the bank’s president. When Heaps retires on May 1, Day will become CEO as well.

Heaps also invested in marketing to raise awareness about Florence Bank, and his strategy for expanding into Hampden County promoted growth as well.

Under his leadership, Florence Bank established a Customers’ Choice Communnity Grants program. Since its inception, the program has provided over $1.1 million to hundreds of Valley nonprofits. This year the bank will be giving another $100,000 through the program to more than 50 nonprofits.

Heaps grew up in Springfield and began his banking career in 1971 in marketing at Valley Bank, later Bay Bank, in Springfield. In 1987, he was first named a bank president for Bank of Boston, also in Springfield. He was 37 at the time, and the Springfield Union-News reported he was the youngest bank CEO in Western Mass. 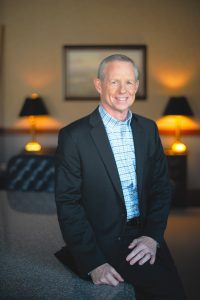 Day has 37 years in the banking industry and has been in senior management for 34. He came on board at Florence Bank in 2008 as chief financial officer (CFO), responsible for finance, facilities and risk management. His responsibilities expanded to include compliance in 2013, residential lending in 2014 and retail banking in 2016.

When he was promoted to executive vice president, also in 2016, Day was supervising 90 percent of the bank’s personnel.

Day was significantly involved in the bank’s expansion into Hampden County, where two branches now exist in West Springfield and Springfield; a third branch will open in Chicopee in 2020.

Day grew up in Auburn and lives in Easthampton with his wife, Laurel. He has three grown children and seven grandchildren.