Springfield’s economy is a diverse mix of manufacturing, financial services, health care, and education industries. Located within the Knowledge Corridor and at the Crossroads of New England, businesses in the area find an extremely educated workforce and superb transportation infrastructure giving access in every direction. Recent infrastructure improvements with more on the horizon and lower costs of doing business are just some of the attractive features for new businesses to locate here.

The Knowledge Corridor, a partnership established between Springfield and Hartford, Connecticut and the surrounding region, provides the area with a workforce educated in the area’s 30 colleges. The two cities and the area’s businesses and educational facilities have collaborated to promote the region’s economic progress by working in a partnership that provides a variety of resources to the new companies locating in the region. Greater Springfield’s location is ideal because of the variety of access points to the rest of New England and beyond. The city has easy access to major routes including Interstate 91, running north and south, and the Massachusetts Turnpike, running east and west. These routes connect Springfield to other major cities including Boston, New York City and Albany. There are also abundant rail, bus and freight services, augmented by Springfield’s newly-renovated Union Station, which offers the New Haven, Hartford, Springfield rail program as well as bus service. 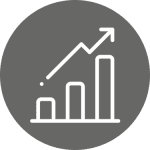 Greater Springfield has kept the cost of doing business low and kept the process easy in order to attract new companies. Many municipalities offer affordable real estate costs, pre-permitted sites and other business incentives. The cost of living is also lower in Springfield, about 50 percent less than its neighboring metropolitan cities, which keeps regional wages lower. Investments in infrastructure benefit businesses that locate in and around the city of Springfield. Springfield and the surrounding area have undergone one of largest broadband expansions ever undertaken. All of these benefits make western Massachusetts perfect for companies looking to relocate or expand. 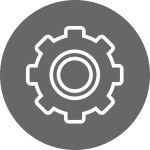 Springfield’s long-established manufacturing industry continues to grow and to diversify, with more than 800 manufacturing companies using state-of-the-art technology and processes to produce a variety of plastic, metal and advanced materials. The products created in the region’s various companies supply the aerospace, defense, medical device, energy, industrial, consumer product and other industries. In total, the area’s manufacturing industry employs 11 percent of the area’s workforce and helps supply other area trades. Major manufacturing employers in the area include Solutia, Inc., a global manufacturer of performance materials employing over 400 people and CRRC, the rail car manufacturer, which produces subway cars for the Massachusetts Bay Transportation System (MBTA) and transit agencies across the country. 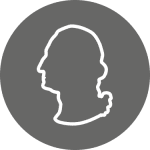 Firearms manufacturing has a long history in Springfield, dating back to 1777 when George Washington selected the city as the nation’s first arsenal. The companies located within the region offer the complete supply chain for firearms manufacturers, with companies creating abrasives, cutting tools and fluids and shops providing specialty services like creating forgings and castings. Springfield is home to Smith & Wesson, the nation’s largest manufacturer of handguns, employing more than 1,700 people at its world headquarters. 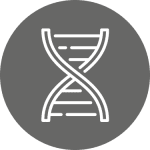 Medical device manufacturing is also a growing industry in the healthcare-focused region. There are now more than 300 medical manufacturing companies, who are supported with the area’s nationally recognized research hospitals and other companies focused on high-precision technologies. The area’s many schools are also offering numerous programs to train an educated workforce in the medical device industry, including UMass Amherst and Western New England University with programs in engineering, biotechnology and more.

The education and health services industry employs the largest percentage of the Springfield-area workforce at nearly 30 percent. The health care industry is a major employer and economic driver in Springfield. Baystate Health, which operates the major hospital in the region, is also the largest employer in the area with 12,000 employees, and delivers more than $2.6 billion in yearly economic impact. Sisters of Providence Health System, operating as Mercy Medical Center in the city, employs another 3,100 people and recently completed a $15 million expansion of its Sister Caritas Cancer Center. The Center for Human Development, also in Springfield, employs more than 1,400 people. The area’s many educational institutions not only educate the workforce, but also employ a good portion of them. University of Massachusetts at Amherst is by far the area’s largest educational employer with 8,200 people working there. In the city itself, Springfield College employs another 675, Springfield Technical Community College another 880 and Western New England University has another 860 employees.

The financial services industry has seen a boom in the city of Springfield. Multi-national banks and many major insurance companies have located in and around the city. The Fortune 500 company MassMutual, an insurance and asset management company, has long been located in Springfield and is among the area’s largest employers with over 6,700 workers. TD Bank is another major player in the financial services sector to settle in Springfield. This company, one of the country’s largest commercial banking organizations, employs over 600 people in Springfield. Liberty Mutual Group, the nation’s sixth largest personal and car insurance company, is a newer addition to the Springfield landscape and employs 350 people. Many other major banks and alternative financing companies round out the variety of financial services offered in the region.