The Springfield Regional Chamber is the voice of business for our members. We work together to create a shared vision for our region, strengthen and improve our economy, develop the region’s workforce and provide legislative advocacy. For more than a century, the Chamber has promoted, supported and enhance the economic health of the region.

The Greater Springfield region is a leader for innovation and prosperity.

The Springfield Regional Chamber drives the economic vitality of business communities and regions through leadership, advocacy and partnerships. 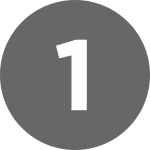 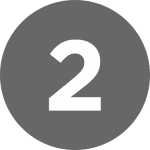 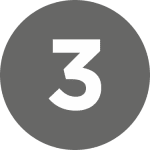 Be A Catalyst For Thriving Communities

Diana brings over 20 years of state and local government experience, community outreach, a deep understanding of the legislative process, and workforce advocacy to her role. Prior to becoming Chamber President, Diana served as the Executive Director of the Franklin County Chamber of Commerce for over three years.

A lifelong Hampshire County resident, Diana spent her formative years in Hatfield and attended the University of Massachusetts Amherst. Her breadth of experience working with local governments and the state legislature began in Hampshire County where she served as the Municipal Specialist to the Hampshire Council of Governments. Diana went on to gain elected experience completing three full terms as a member of the Hatfield Select Board, including six years as Board Chair, and she was recently re-elected for her fourth three-year term. Like many elected officials serving in small towns, Diana also serves on other town boards such as the Capital Planning Committee and serves as the Selectboard liaison to the School Department, Police Department and Council on Aging.

Before joining the Franklin County Chamber of Commerce as Executive Director, Diana spent 16 years as the district director for the late state Representative Peter Kocot in the 1st Hampshire District. Having served in various legislative roles, Diana has developed a deep passion for community and constituent services, helping to solidify her understanding of how the government works to benefit both large and small local businesses.

Diana has served on the Board of Directors for MassHIRE Franklin and Hampshire Counties, as well as the Opioid Task Force of Franklin County, the Franklin Regional Economic Development Initiative, and the Comprehensive Economic Development Strategy Committee which helped develop the Franklin County Recovery and Resiliency Plan. Much of her work impacted all areas of Western Massachusetts, providing Diana with a deep understanding of the strengths and challenges of the businesses, communities, and organizations in our tri-county area.

Diana resides in Hatfield with her husband, Jim. They have three children. Peter who is a farmer in Connecticut, Henry who is a recent graduate of UMass-Amherst, and teenage daughter, Hadley who is a senior at Smith Academy and a goalie on their field hockey team. Diana loves animals and has a black lab rescue named Emmitt and a kitten named Eleanor who was adopted during the pandemic. When Diana is not serving her community or spending time with her family, she enjoys cooking, baking, and the quiet living amidst the beautiful farm fields in Hatfield.