A diverse variety of recreational and cultural options in and around greater Springfield keep and attract its workforce and have helped build a tourism industry that contributes approximately $750 million annually to the greater Springfield region. The MGM Springfield is helping to increase that number. The resort joins museums, historical sites, sporting facilities and venues for music and theater, combined with many dining, shopping and lodging options in and around the region in offering a diverse array of options to attract visitors and entertain residents.

In addition, as a center for industry, Springfield has become a cultural and entertainment hub. For cultural offerings, Springfield has five world-class museums affiliated with the Smithsonian Institute located in the heart of its downtown. The museums include the Michele & Donald D’Amour Museum of Fine Arts, the George Walter Vincent Smith Art Museum, the Springfield Science Museum, the Connecticut Valley Historical Museum and the Museum of Springfield History, the Lyman and Merrie Wood Museum of Springfield History, as well as the Amazing World of Dr. Seuss Museum and the Dr. Seuss National Memorial and Sculpture Park, a unique attraction that brings in visitors every year to see full-scale sculptures in the birthplace of Theodor Geisel, better known as Dr. Seuss. The colleges and universities in the area also offer their own art museums, which are open to the public and add to the cultural offerings of the region.

The Springfield Cultural District is a growing initiative to bring arts and culture to downtown Springfield. Its mission is to bring more vitality to the city by highlighting its outstanding cultural offerings as well as making arts and culture more accessible while creating connections between artists and visitors. The Cultural District offers a walking tour of the areas it encompasses.

The birthplace of basketball, Springfield is a major tourist attraction for sports enthusiasts and is home to the Naismith Memorial Basketball Hall of Fame. The landmark structure, located along the banks of the Connecticut River, houses 40,000-square-feet of basketball history and recognizes over 300 inductees from the sport. Many of its exhibits are interactive – entertaining sports fans of all ages and interest levels.

The Eastern States Exposition lies just across the river and is the site of one of the top 5 fairs in North America, attracting 1.5 million people annually and contributing $479 million to the local economy.

Historic and family-friendly attractions round out the tourist appeal of the region and the city of Springfield. The Springfield Armory is a well-known national historic site and served as America’s first armory established by George Washington. The site now serves as a museum housing one of the largest collections of firearms in the world. Family attractions include Forest Park, one of the largest urban parks in the country, which also is home to the park’s zoo, nearby Six Flags New England amusement park, more than 2,400 acres of parkland, tennis courts walking trails. 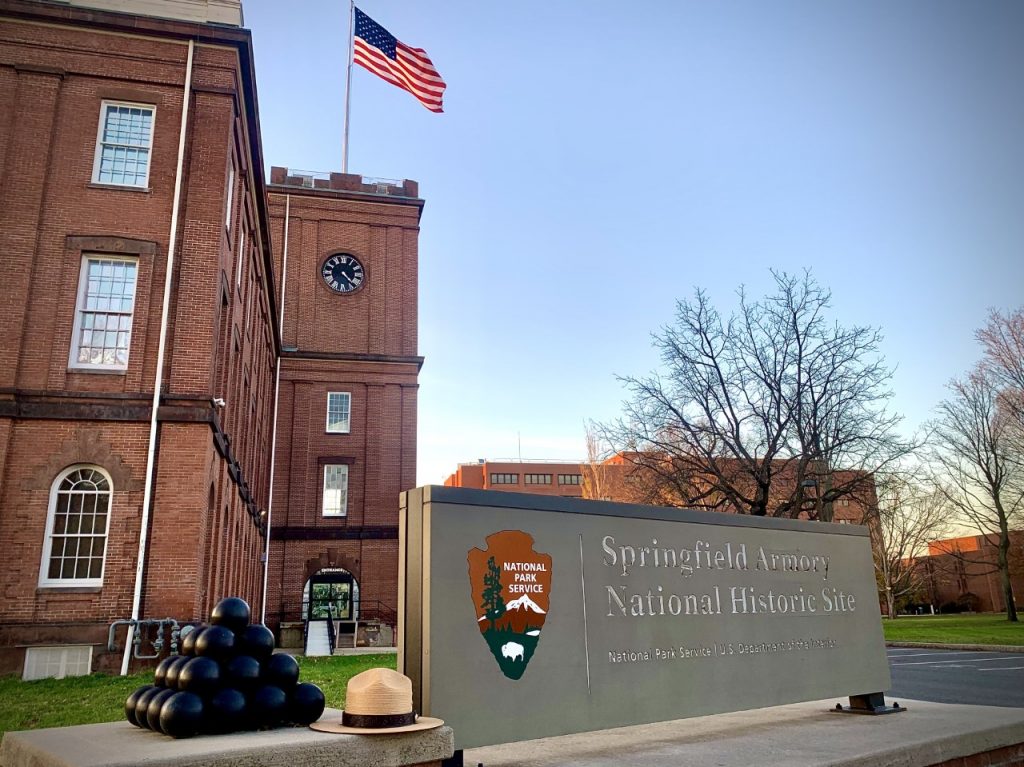 There are a number of live performance venues in the city’s downtown, which attract headline performers, as well as theater performances, sporting events and renowned music performances. Symphony Hall is home to the Springfield Symphony Orchestra, the largest symphony outside of Boston performing classical, pops, family, educational and chamber music. Symphony Hall hosts other concerts and events as well. The Springfield Jazz and Roots Festival, now in its fourth year, takes place at Court Square in August. The MassMutual Center is a big economic driver for the city, offering a location for conventions, local sporting events and concerts. MassMutual Center has 100,000 square feet of space that includes a ballroom, five meeting rooms, 40,000 square feet of exhibit space and an 8,000-seat arena. The arena is home to the Springfield Thunderbirds hockey team. Beyond Springfield, the region has many smaller entertainment venues.