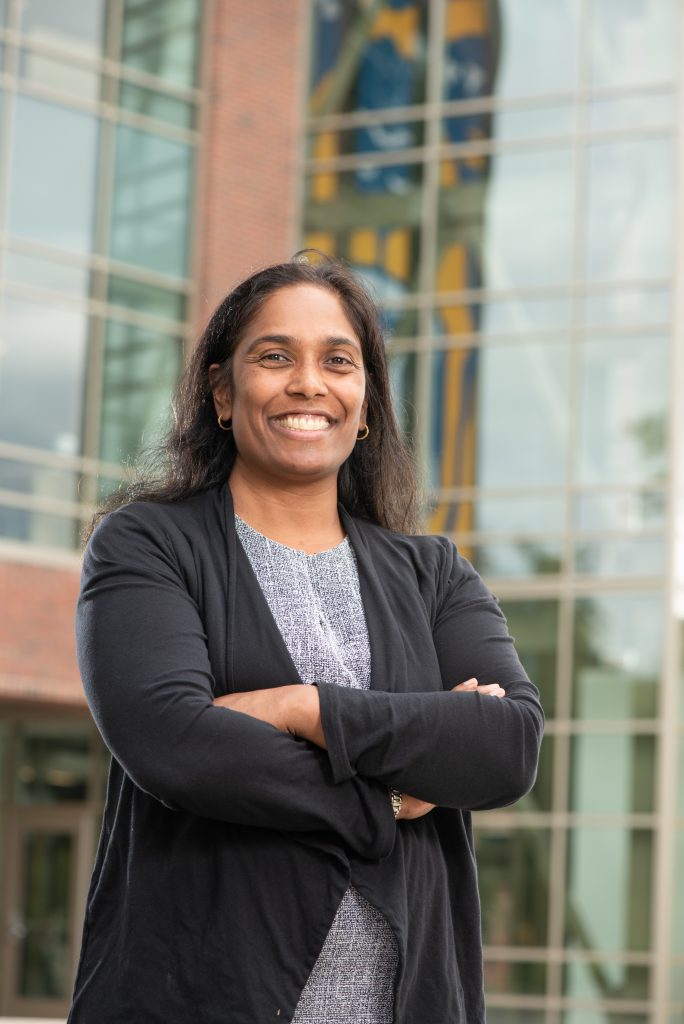 The American Bar Association Legal Education Police Practices Consortium (the Consortium) aims to contribute to the national effort examining and addressing legal issues in policing and public safety, including conduct, oversight, and the evolving nature of police work. The Consortium leverages the ABA’s expertise and that of participating ABA accredited law schools to collaborate on projects to develop and implement better police practices throughout the United States.

The Advisory Committee provides input and advice concerning the general direction of the Consortium, suggest ideas for appropriate Law Student Participant assignments, and advise on other relevant matters.

Dean and Professor of Law Sudha Setty became dean of the School of Law in 2018 and has served on the faculty since 2006. She is the author of National Security Secrecy: Comparative Effects on Democracy and the Rule of Law and the editor of Constitutions, Security, and the Rule of Law, and has written dozens of articles on national-security law and policy. In July 2018, she was elected to membership in the American Law Institute.

Her leadership of the School of Law has been characterized by a commitment to social justice; diversity, equity, and inclusion work; and supporting excellence in teaching, learning, and research. In May 2019, the School of Law founded the Center for Social Justice, which has quickly grown to be a regional hub of research, advocacy, education, and activism. In April 2021, the faculty of the School of Law adopted an anti-racism and cultural-competency graduation requirement, making it the first law school in the region to do so.

Setty is also a founder of the Workshop for Asian-American Women in the Legal Academy, with its inaugural workshop held in 2021, an effort to support current and aspiring members of the legal academy and to diversify its ranks.

Western New England University (WNE) is a private, nationally ranked, comprehensive institution with a focus on preparing work-ready and world-ready graduates. Founded in 1919 in Springfield, Massachusetts as a division of Northeastern College, WNE’s 215-acre suburban campus serves more than 3,700 students, including over 2,500 full-time undergraduates. More than 47,000 alumni have earned degrees through its 90+ undergraduate, graduate, and professional programs at Colleges of Arts and Sciences, Business, Engineering, and Pharmacy and Health Sciences, and School of Law. Students come from 39 U.S. states and territories and 23 countries. Of 44,486 living alumni, 30% remain within the region, residing in the four Western Massachusetts counties and northern Connecticut.

WNE is classified among nationally ranked universities in US News and World Report, and among the Top 100 Undergraduate Engineering programs, and in the Doctoral/Professional Universities category in the Carnegie Classification of Institutions of Higher Education.