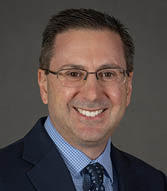 Westfield, MA— James C. Hagan, President and CEO of Westfield Bank, is pleased to announce the promotion of Daniel Marini to Senior Vice President, Retail Banking and Marketing. Marini assumed responsibility for Retail Banking Sales and Service in January and will assume responsibility for Westfield Investment Services, Business and Government Deposit Services, and Retirement Services during the summer.

Marini holds a Bachelor’s degree in Economics from the University of Massachusetts Amherst and is a 2017 graduate of the New England School for Financial Studies. Marini began his banking career in 1995 and held roles at multiple national banks before joining Westfield Bank as a Regional Manager in 2011. Prior to his current role, Marini served as Vice President of Marketing and Sales Administration.

Marini is a member and past president of the Rotary Club of West Springfield. In 2017, he was named a Paul Harris Fellow, the highest recognition bestowed by the Rotary Club, honoring those who demonstrate community spirit and live up to the “Service Above Self” motto. Marini also serves on the West Springfield Retirement Board.

“Dan has shown himself to be a strong leader during his past 11 years with Westfield Bank,” said James C. Hagan, President and CEO. “He willingly takes on new challenges, delivers on his actions, and leads at an exceptional level. As we begin 2022, in addition to his promotion to Senior Vice President, Dan has also taken on responsibility for the Retail Banking Service and Sales group, leading the teams in our 25 branches throughout Western Massachusetts and Northern Connecticut. On behalf of the Board of Directors, we are all confident in the success Dan will bring in his new role.”

Westfield Bank, headquartered in Westfield, Massachusetts, is a federally chartered savings bank organized in 1853 and is the largest publicly traded bank headquartered in Western Massachusetts. The Bank is a full-service community-oriented financial institution offering a complete range of commercial and retail products and services. Currently, the Bank has twenty- five branch offices, fifty-one ATMs, and an additional thirty seasonal ATMs and serves Hampden and Hampshire counties in Western Massachusetts and Hartford and Tolland counties in NorthernConnecticut. The Bank’s middle market and commercial real estate lending team is based in Springfield, Massachusetts, and has a general regulatory limit on loans to one borrower of $36.6 million. As of December 31, 2021, the Bank employed 329 full and part-time employees, had $2.5 billion in total assets, $1.9 billion in its loan portfolio, and $2.3 billion in total deposits. The Bank is regulated by the Office of the Comptroller of the Currency. As a member of the Federal Deposit Insurance Corporation (FDIC), the Bank’s deposits are insured up to the maximum FDIC insurance coverage limits. To learn more, visit the bank’s website at www.westfieldbank.com