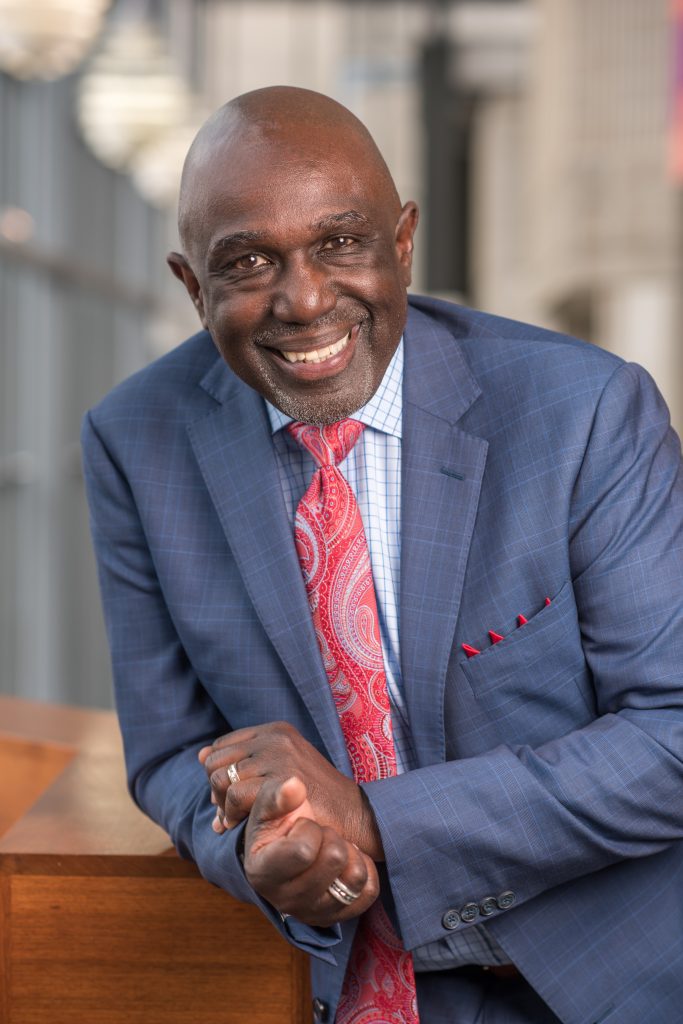 SPRINGFIELD, MA- Western New England University’s Board of Trustees is pleased to announce the unanimous appointment of Dr. Robert E. Johnson as the institution’s sixth President, according to Chairman of the Board of Trustees Kenneth M. Rickson. Dr. Johnson succeeds Dr. Anthony S. Caprio, who has served as Western New England University’s President with distinction for more than 24 years—the longest presidential tenure in the history of the University.

“We believe we have found the perfect leader to build on our growth as an institution as we chart a course for Western New England’s second century,” said Rickson. “A scholar in the areas of educational leadership, cultural diversity and leadership, marketing and enrollment management, and the future of work, Dr. Johnson is a renowned thought leader who speaks and writes about the Future of Work, the Agile Mind, the Agile University, and innovating for social impact.”

Johnson currently serves as chancellor of the University of Massachusetts Dartmouth. “Building on the leadership and legacy of Dr. Caprio is humbling and an honor,” he said.  “His transformation and elevation of Western New England University for 24 years is historic. I look forward to engaging with the campus community to create a shared ambition in writing its next chapter in this extraordinary time, and navigating through this global pandemic and social unrest with a sense of humanity and civility.”

Johnson’s 30-year leadership career spans non-profit colleges and universities in the Northeast and Midwest, including public, private, urban, rural, small and large institutions with enrollments from 2,000 to more than 25,000 students. Prior to becoming chancellor at UMass Dartmouth, he served as president of Becker College in Worcester from 2010 to 2017. He has held leadership positions with Sinclair College, the University of Dayton, Oakland University, and Central State University (Ohio). His career reflects several firsts – not only as an African-American leader, but also as the youngest person to hold senior administrative roles.

Johnson’s tenure at UMass Dartmouth resulted in a number of significant accomplishments, including leading the region to create a framework for the blue economy, which will be an ecosystem to drive job creation, economic development and entrepreneurship, launching a $188 million construction and renovation project for new housing and dining, and the renovation of its Science and Engineering building. Also securing the largest single research grant in the history of the university from the Office of Naval Research for $4.6 are among the many milestones during his tenure.

As President of Becker College from 2010 to 2017, Johnson led enrollment growth for seven consecutive years by 23%, increased degrees awarded by 53%, and graduation rate by 29%. His innovative leadership elevated the reputation of the digital games program, ranked third in the world by The Princeton Review, and #1 in New England. He also helped create the first bachelor’s degree in the U.S. in global citizenship. The U.S. Department of Economic Development designated the college as one of 60 schools as a University Center. Creating the Agile Mindset positioned its curriculum with a unique niche in the higher education landscape.

“The Agile Mindset, which provides students the skillset and mindset to create new value with essential human skills to meet the demands of the future, will be critical to the academy in a post Covid-19 world,” according to Johnson. “I look forward to working with our community to evolve the paradigm for the higher education industry that steeps our students with a sense of humanity, grounding them in the liberal arts with an entrepreneurial spirit that spurs innovation and transforms the world.”

A native of Detroit, Dr. Johnson was inspired to pursue a life of education for the social good by his uncle who was a classmate of Dr. Martin Luther King, Jr. Dr. Johnson holds a Ph.D. in Higher Education Administration from Touro University International, formerly a division of Touro College, New York, NY; a Master’s degree in Education Administration from the University of Cincinnati; a Bachelor’s degree in Economics from Morehouse College in Atlanta; and a Certificate in Applied Neuroscience from MIT Sloan School of Management.

Dr. Johnson will begin his new role as President of Western New England University on August 15.