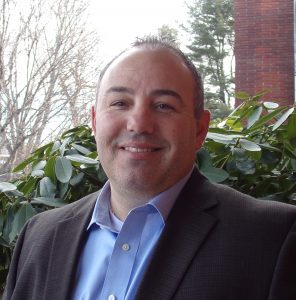 Webber & Grinnell has announced the hiring of Anthony Giannetti as a Commercial Lines Account Executive.

Giannetti recently worked as a major account executive at Xerox for more than seven years helping customers organize their IT business processes.

Additionally, Giannetti was a golf professional for 15 years, which included managing the Orchards Golf Club in South Hadley. Giannetti, who was born and raised in South Hadley, graduated from Officer Candidate School in 1994 and served in the Massachusetts Army National Guard for more than seven years. He retired in 1997 as a Second Lieutenant Detachment Commander of Charlie Company in the 104th Infantry.

Giannetti resides in Holyoke with his wife and their four children where he coaches soccer, basketball, and baseball.