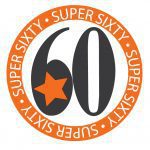 The deadline to submit nominations for the 2019 Super 60 awards is just a week away. Nominations close on August 2, 2019.

Presented by Health New England, and now in its 30th year, the prestigious Super 60 awards program recognizes the success of the fastest-growing, privately-owned businesses in the region which continue to make significant contributions to the strength of the regional economy.  The program is also supported by Platinum sponsor People’s United Bank.

Each year the program identifies the top performing companies in revenue growth and total revenue.

To be considered, companies must be independently and privately-owned, be based in Hampden or Hampshire county or be a member of the Springfield Regional Chamber, produce revenues of at least $1 million in the last fiscal year, and be in business for at least three full years.  Companies are selected based on their percentage of revenue growth over a full three-year period or total revenues for the latest fiscal year.

Companies may be nominated by financial institutions, attorneys, accountants or be self-nominated and must submit a nomination form and provide net operating revenue figures for the last three full fiscal years, signed and verified by an independent auditor.  All financial information must be reported under generally-accepted accounting principles and will be held and considered confidential and not released without prior approval. For nomination forms,  Click here.