Square One, one of the region’s oldest and largest providers of early learning and family support services, has announced the promotion of two senior level executives. 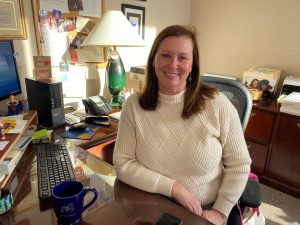 Following a 25-year career with the YWCA of Western Massachusetts, DiStefano joined the Square One team in January 2016 to lead the agency’s grant research, writing and program compliance. She was quickly promoted to chief development and grants officer, where she added oversight of the agency’s financial team to her list of responsibilities.

In her new role, DiStefano will continue with her responsibilities for grants and foundations, as well as program compliance. She will also oversee the early education and care programs and family support services; and will manage many areas of operations including transportation, food service, and IT.

DiStefano received her Bachelor of Arts degree from the University of Massachusetts Amherst and her master’s degree in public administration and nonprofit management from Westfield State University. She serves on the boards of directors for the Massachusetts Council on Compulsive Gambling, Dress for Success Western Massachusetts, Springfield Regional Chamber, Baystate Community Benefits Advisory Committee, and Businesses Against Human Trafficking. She is the Vice President of Community Relations at Westover Job Corps and Chair of the Hampden County Commission on the Status of Women and Girls. She resides in West Springfield, Massachusetts with her husband and two children. 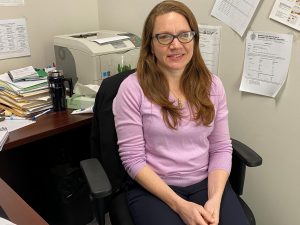 Barrett earned her master’s degree in accounting from Bay Path University. She holds a Bachelor of Arts degree from Earlham College. Having worked for numerous institutions of higher education and other non-profit agencies, Barrett has an extensive background in non-profit administration, strategic planning, and fiscal management. She resides in Springfield with her teenage daughter.