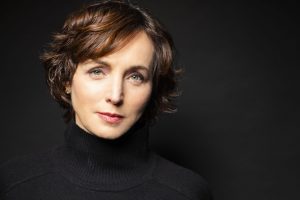 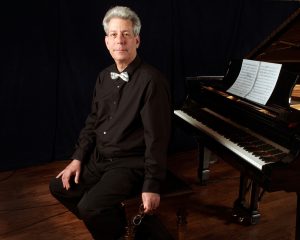 Tickets are on sale, starting at $15, on the Springfield Symphony Orchestra’s website, www.springfieldsymphony.org/.

Maestra Miller has distinguished herself as a dynamic interpreter, musician and innovator. According to one critic, “she delivers calm intensity…expressive, colorful and full of life… her experience and charisma are audible.” Others call her performances “technically immaculate, vivid and stirring.”

Miller served as Music Director of Canada’s Victoria Symphony for 14 years, and was named Music Director Emerita for her commitment to the orchestra and community.  Miller has appeared as a guest conductor in Canada, the United States and Europe with such orchestras as the Bern Symphony Orchestra, Toronto Symphony, Seattle Symphony, Chicago Symphony, Vancouver Symphony, Hartford Symphony, and numerous others.

Miller’s 21-22 season featured debuts with the World Orchestra Festival in Daegu, South Korea with concerts in Daegu, Hwaseong, and Seoul with the Virtuoso Chamber Orchestra, the KBS Symphony Orchestra in Seoul and with Calgary Opera in Merry Widow.

Miller has a Doctorate and Master’s degree in Conducting from the University of Michigan.  Ms. Miller received an Honorary Doctor of Laws degree from Royal Roads University, and an Honorary Fellowship Diploma from Canada’s Royal Conservatory of Music for her commitment to leadership in community and music education. She was recipient of the 2017 Friends of Canadian Music award from the Canadian League of Composers for her dedication to the performance of contemporary music.

Pianist Elan Sicroff is known as an interpreter of the music written by the Ukrainian composer Thomas de Hartmann (1884-1956). Sicroff toured the US, Canada and the Dominican Republic, programming de Hartmann’s music alongside other classical composers’ works. He has produced three recordings of the Gurdjieff/de Hartmann music: Journey to Inaccessible Places (1987), Sicroff Plays Gurdjieff (2002), and Laudamus…(2010). In the 1960s Sicroff studied with Jeaneane Dowis, protégée and assistant to Rosina Lhevinne at the Juilliard School.

According to a description of the music to be featured in “Messages of Mozart,”  “[It] starts as whispers from another place, of fragments of the music of Mozart coming to us through the grief of Ukrainian composer, Silvestrov, when his beloved wife died. Mozart’s voice whispered to Silvestrov and whispers to us, and points us to the place where memories, subconscious, and eternal life connect us to voices of the past.

“Brahms’ beautiful Symphony No. 3 is unique as perhaps the only Symphony in the traditional canon that leaves us with a whispered gentle goodbye rather than a climactic hurtling coda, and concludes like a sunset warmly and contentedly taking leave of the day.”