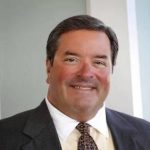 Political consultant Anthony Cignoli predicts a wild ride to the 2020 election – from Massachusetts to the Capital Beltway. Cignoli will offer his take on everything from the Presidential Primary to the U.S. Senate campaign and the First Congressional District House Seat contest when he speaks at the Springfield Regional Chamber’s Rise & Shine Business Breakfast on February 5 from 7:15-9 a.m. at the MassMutual Center, 1277 Main Street, Springfield. The breakfast is sponsored by Rise & Shine Breakfast Series Sponsor United Personnel and The Republican. Coffee and breakfast stations are thanks to Employers Association of the Northeast and Springfield Symphony Orchestra.

Cignoli will offer insight into the U.S. Senate campaign between Sen. Edward Markey and Rep. Joe Kennedy, the contest between Rep. Richard E. Neal and Holyoke Mayor Alex Morse, and the special election in the Second Hampden-Hampshire District to replace Sen. Don Humason.

Of special interest will be Cignoli’s perspective on the New Hampshire Presidential Primary, which takes place just days after the breakfast.

Cignoli is the President of the A. L. Cignoli Company, the public relations, political and governmental affairs company he founded in 1992. The company serves political and corporate clients across America.

A.L. Cignoli Company has built a reputation creating success for both political and corporate clients in challenging situations. The firm is recognized for a holistic approach to public and governmental affairs solutions, with an understanding of how to utilize modern applications of data mining, polling data and social media.

Cignoli is a veteran of over 400 political campaigns, including Presidential, Prime Minister and Parliamentary campaigns in other countries and many referendums in Massachusetts and throughout New England. He has counseled Governor’s, Congressional, District Attorney and Sheriff and Mayoral races in 21 states. He has provided advance for Presidential visits to creating Voter ID and GOTV efforts.

He is a frequent commentator and political analyst for newspapers, radio and television news, including; WWLP TV 22 News, New England Cable News, CNN and MSNBC. He is a resource to newspapers such as The Republican, The New York Times, The Boston Globe, Worcester Telegram, The Boston Herald, and The Wall Street Journal. He also contributes to MassLive, Boston Herald radio, Yahoo.Com and Politico.

The breakfast will also recognize Shriners Hospitals for Children on its 95th anniversary.

Reservations are $25 in advance for Springfield Regional Chamber members ($30 for member walk-in registrations) and $35 for general admission ($40 at the door). Reservations are suggested and can be made online here.