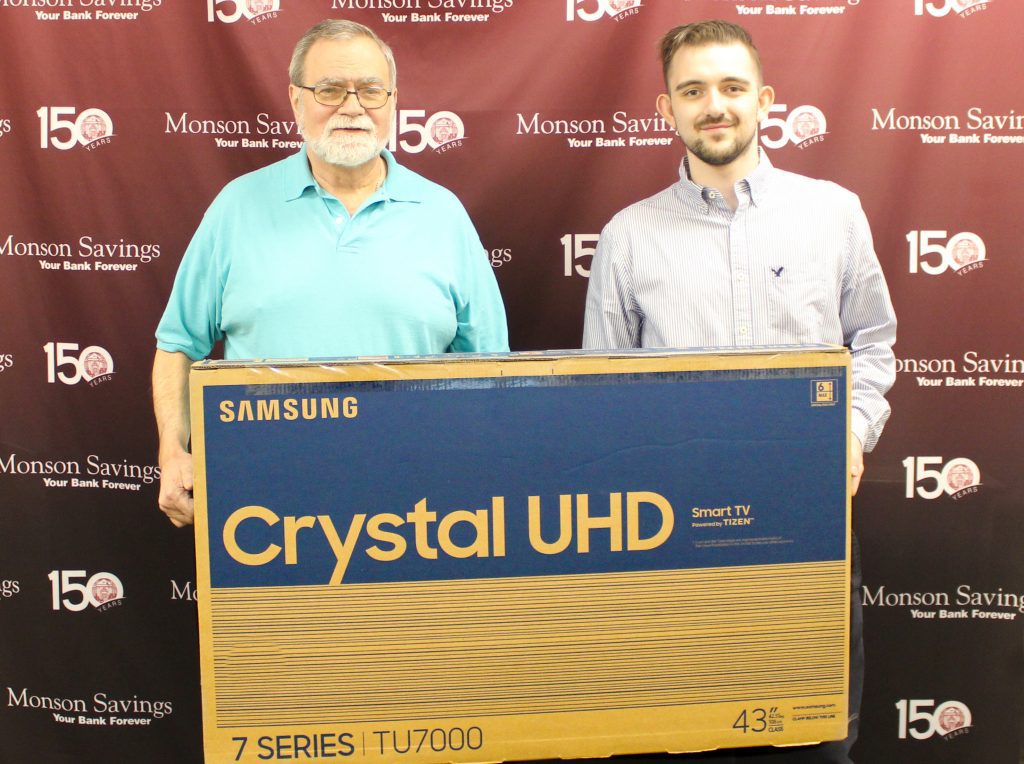 Monson, MA – Monson Savings Bank recently held their Then and Now Grand Prize Drawings as a part of the Bank’s 150th Anniversary Week Celebrations. The drawings paid homage to the Monson Savings Bank Grand Re-Opening event held in 1966, with prizes that complement the ones given away during the 1966 festivities. Prizes included a TV, an Alexa Echo Dot, and Buxton wallets.

Now, at the culmination of the 150th Anniversary Week, Monson Savings Bank is happy to announce and congratulate the following lucky winners.

To learn more about Monson Savings Bank’s 150th Anniversary, the Bank’s historical timeline, and to view a full schedule of events visit www.monsonsavings.bank/anniversary

Incorporated as a mutually chartered community bank in 1872, Monson Savings Bank has one of the longest tenure of service and stability in its market. Civic leaders chartered the bank with the intent to give working men and women the opportunity to save, which – incredibly, they could not do prior to the bank’s inception.  Today, Monson Savings Bank retains its legacy of empowerment through savings, but has expanded to serve its customers with a variety of innovative financial services, including digital banking, online mortgage applications and business banking, and commercial lending. The bank has expanded on its promise of “where people save, businesses prosper, and communities benefit” by opening offices in Hampden, Wilbraham, Ware, and most recently East Longmeadow, Massachusetts. The bank also opened a retail and business Loan & Operations Center in Wilbraham in 2020. Member FDIC, Member DIF, Equal Housing Lender.