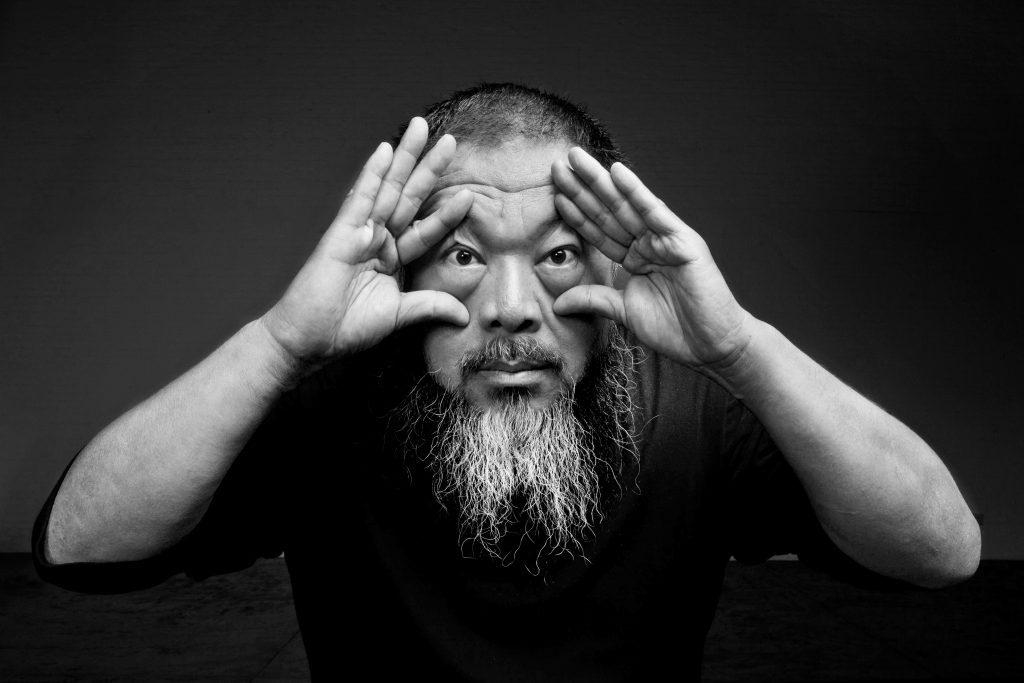 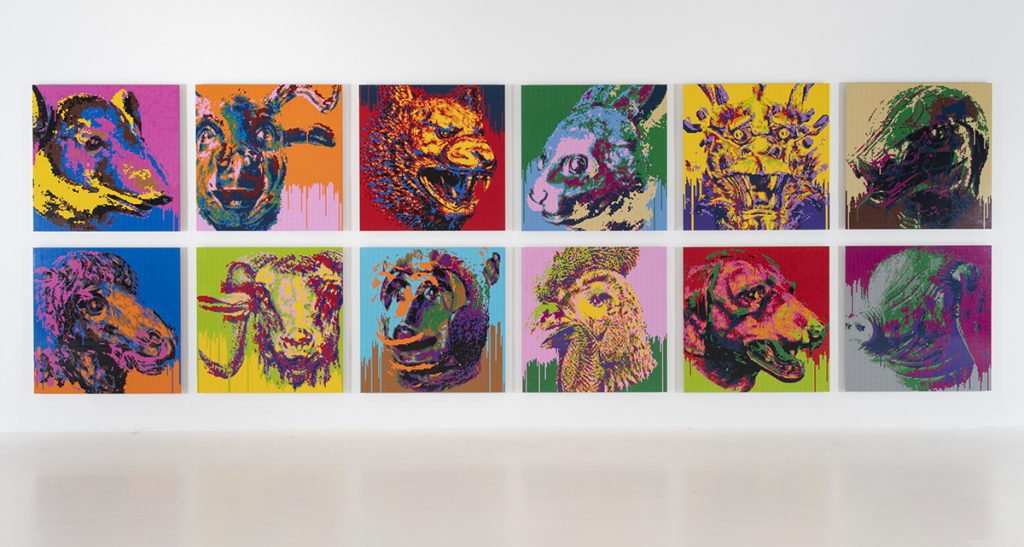 Springfield (MA)—The Springfield Museums is pleased to announce Ai Weiwei: Tradition and Dissent opening to the public on July 17, 2021, and on display through January 2, 2022, in the D’Amour Museum of Fine Arts. This special exhibition curated exclusively for the Springfield Museums features rare works from three decades of the artist’s career. Declared the most powerful artist in the world by ArtReview magazine in 2011, this exciting new show is not to be missed!

Internationally renowned artist and social activist Ai Weiwei (born 1957, Beijing), is an art innovator, provocateur, and political dissident who explores tradition in non-traditional, even radical ways. This exhibit focuses on artworks that represent Ai’s engagement with traditional Chinese materials, methods, motifs, and artifacts. “Ai Weiwei makes the old new again by creating a thoughtful link between his Chinese cultural heritage and his creative endeavors,” said Maggie North, Curator of Art for the Springfield Museums. “Many of the artist’s recent works simultaneously revive and remake craftsmanship practices of the pastincluding those of wood joinery, porcelain painting, and marble sculpting.”  Other works, such as the artist’s Zodiac (2018) made from LEGO bricks, use contemporary materials to reimagine culturally significant symbols. Many of Ai Weiwei’s works suggest a critique of the restrictive political system in China or provide commentary about a cultural present that is informed by the past.

“Ai Weiwei creates work that addresses social justice while fostering a dialogue between traditional Chinese art praxis and modern modes of expression,” said Heather Haskell, Vice President and Director of the Art Museums. “He is known for redefining objects and materials—by applying automobile paint to Han Dynasty vessels, for example,” Haskell said. “And by using these unconventional techniques, he urges the viewer to grapple with the tension between construction and destruction as well as ancient and contemporary.”

In 2011, ArtReview magazine declared Ai Weiwei the most powerful artist in the world because “his work and his words have become catalysts for international political debates that affect every nation on the planet: freedom of expression, nationalism, economic power, the Internet, the rights of the human being.” Ai Weiwei’s work also underscores the “fact that freedom of expression is a basic right of any human being.”

Although Ai Weiwei is already well-known and celebrated in the art-world, social-political fields, and beyond, the Springfield Museums aim to expand his audience. “Ai Weiwei’s artwork operates on many levels. The artist cleverly combines his knowledge of ancient Chinese artistic traditions with powerful statements about human rights, free speech and political systems,” explained North. “His work can be appreciated because it is visually engaging, but also because it is incredibly thought-provoking.”

Featured in the exhibition are works that exemplify Ai’s ability to create art that is simultaneously approachable and complex. The artist’s most recent project, his LEGO Zodiac (2018) portrait series, for example, depicts the twelve animals of the ancient Chinese zodiac in panels created from colorful toy bricks. Paying homage to Pop art, the series is constructed from familiar materials and evokes the graphic, saturated screen prints of Andy Warhol. Although deliberately accessible, Ai Weiwei’s Zodiac also engages with thorny issues of international politics and cultural heritage. The zodiac imagery is reminiscent of a famous set of bronze animal heads that once adorned the fountain in the Old Summer Palace in Beijing. The heads were stolen by French troops during the Second Opium War of the 1860s, with several scandalously resurfacing at auction in 2009. By bringing the ancient zodiac heads story into the public eye again, Ai Weiwei seeks to generate thoughtful discussion about the meaning and ownership of these historic symbols. In doing so, he affirms the notion that, in the words of the artist, “the [artistic] product is never the end but should be the beginning.”

Curated specifically for display at the Springfield Museums, this exhibition is a rare opportunity to explore well-known works by the artist including Sunflower Seeds (2008-2010), Han Dynasty Urn with Coca-Cola Logo (2007), and Double Stools (2004). Fascinating in their own right, these works also offer a contemporary lens through which to view the historic collections of Chinese decorative arts on view at the George Walter Vincent Smith Art Museum.

“It is thrilling to show work by such a renowned, contemporary artist,” said Kay Simpson, President and CEO of the Springfield Museums. “We hope our loyal audience and many new visitors come to experience this rare opportunity to behold Ai Weiwei’s unparalleled work.”

More about the Artist

Ai Weiwei was barely a year old when his family was exiled to Xinjiang, Northwest China, in retaliation for the political views of his father, poet Ai Qing (1910-1996). Due to the Communist Party’s systematic eradication of the influence of intellectuals like his father, Ai Weiwei grew up in abject poverty. After the Cultural Revolution (1966-1976), Ai returned to Beijing and later emigrated to the USA. During the 1980s, Ai studied art in New York City, where he was influenced by Andy Warhol, the Surrealists, and Dada artists who embraced conceptual art and who posed challenging questions about how art should be defined. Particularly influential to Ai Weiwei’s artistic practice was his introduction to Marcel Duchamp’s concept of the “readymade,” or the idea that an everyday object could be elevated to the status of art through the artist’s choosing and placement.

Ai Weiwei has been at the forefront of global contemporary art since the late 1990s, and his work chronicles his personal artistic odyssey in relation to his native China. In 1995, for example, Ai made a series of photographs of himself dropping a 2,000-year-old Han Dynasty urn, smashing it to pieces. Titled precisely as such—Dropping a Han Dynasty Urn—this brazen performance was documented through a black and white triptych. Ai created this work to emphasize the destruction that took place during the Cultural Revolution. More broadly, the work has come to symbolize Ai Weiwei’s sometimes controversial approach, his political critique, and his desire to question the perceived value of art. “Tradition is only readymade. It’s for us to make a new gesture—to use it as a reference, more a starting point than a conclusion,” Ai Weiwei has stated. The Tradition and Dissentexhibition at the Springfield Museums also includes Sunflower Seeds (2008-2010), first on view at the Tate in London in 2011. This work consists of thousands of seemingly identical porcelain seeds, though each one is unique and was handcrafted by a team of local artisans in China. As described by the press for the Tate exhibit: “Porcelain is almost synonymous with China and, to make this work, Ai Weiwei has manipulated traditional methods of crafting what has historically been one of China’s most prized exports. Sunflower Seeds invites us to look more closely at the ‘Made in China’ phenomenon and the geo-politics of cultural and economic exchange today.” Most recently, his documentary film projects and related artworks concentrate on the ongoing worldwide refugee crisis and other fraught circumstances.

All artworks in this exhibition were created by Ai Weiwei and loaned courtesy of a private collection.

This exhibition has been made possible in part by a generous grant from the E. Rhodes and Leona B. Carpenter Foundation.

including the one and only Amazing World of Dr. Seuss Museum

About The Springfield Museums

THE SPRINGFIELD MUSEUMS are located on the Quadrangle at 21 Edwards Street in the heart of downtown Springfield, Massachusetts. The nationally accredited and Smithsonian-affiliated consortium of museums includes the Springfield Science Museum, the Michele and Donald D’Amour Museum of Fine Arts, the Lyman and Merrie Wood Museum of Springfield History, the George Walter Vincent Smith Art Museum, the Dr. Seuss National Memorial Sculpture Garden, and the Amazing World of Dr. Seuss Museum, the first and only museum dedicated to the beloved children’s book author and Springfield native.