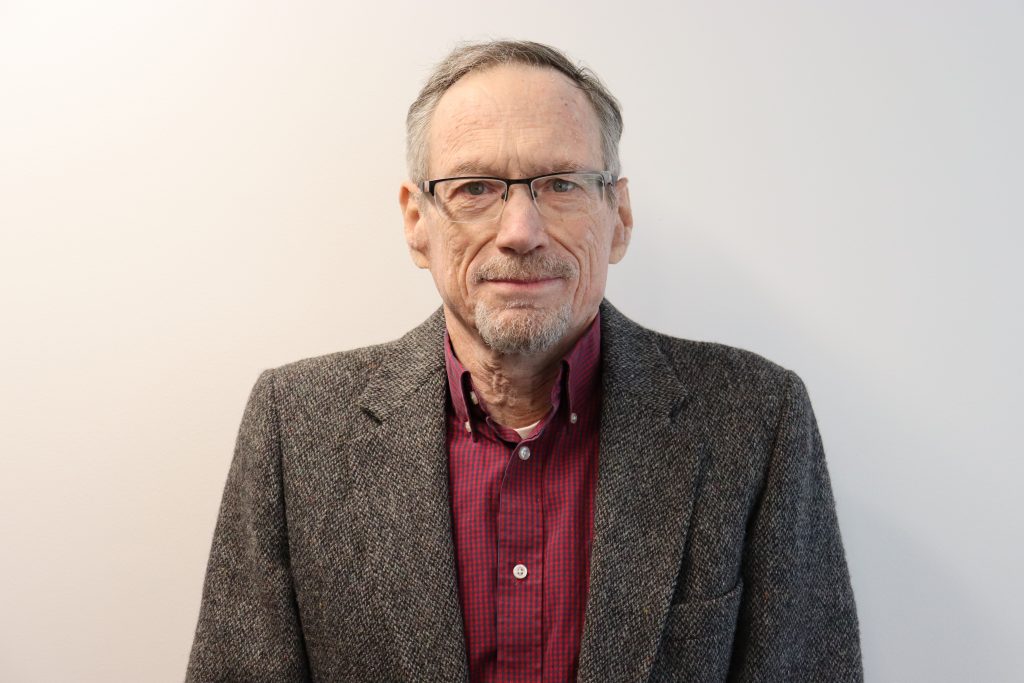 Balsley has served on the WRSD Board of Trustees for several years. He previously served on the board of the Austine School for the Deaf in Brattleboro, Vermont, when Bert Carter was president of that school. When Carter became President and CEO of Willie Ross, Balsley followed and joined the WRSD board.

Balsley is a native of Washington, DC and attended the Clarke School for the Deaf in Northampton. He spent his career as a registered architect, beginning at Boston architectural companies and in 1987 joined Kuhn, Riddle Architects in Amherst. During his career, Balsley became involved in architecture for the deaf. In 2010, he joined Steffian Bradley Architects of Boston and Enfield and worked on hospital projects for Baystate Health. Balsley retired in 2015 and resides in Hadley with his wife.

Balsley recalls his own experience growing up deaf. “When I was born while Truman was President, hospitals didn’t have hearing tests. We were living in Hawaii where my dad, a Naval officer, was working at Pearl Harbor when my mother suspected that I was deaf at 15 months. She took me to John Hopkins Hospital where it was confirmed that I was deaf,” he said. “Of course like many hearing parents, mine were very shocked and saddened and were resolved to find a school that would teach me speech and lipreading and hopefully learn how to hear. The doctors at John Hopkins recommended that my parents try Clarke School in Northampton.”

According to Bert Carter, President and CEO at Willie Ross, “This is an exciting and historic time for Willie Ross, to have the first deaf chair of the Board of Trustees in our school’s 55-year history. We welcome George into this new position and he serves as an inspiration to our students and the entire Willie Ross community.”

Willie Ross School for the Deaf provides a comprehensive educational program stressing academic excellence that focuses on the development of students’ intellectual, social, and emotional growth from the early childhood level through high school. Willie Ross serves students at its main campus in Longmeadow and at its partnership campus located in the East Longmeadow Schools. Mainstreaming opportunities are provided at the partnership campus.