June 17, 2022 – Country Bank, a full-service financial institution serving Central and Western Massachusetts, is pleased to announce its new brand position of “Country Bank – Made to Make a Difference“. The new tagline was revealed by Paul Scully, President and CEO of Country Bank at an all team meeting. Team members were given Difference Makers t-shirts and learned they would be building beds in partnership with the Mass Coalition for the Homeless and its Build a Bed Program.  As a result, the Country Bank team made 55 beds to be distributed to children in Springfield and Worcester. 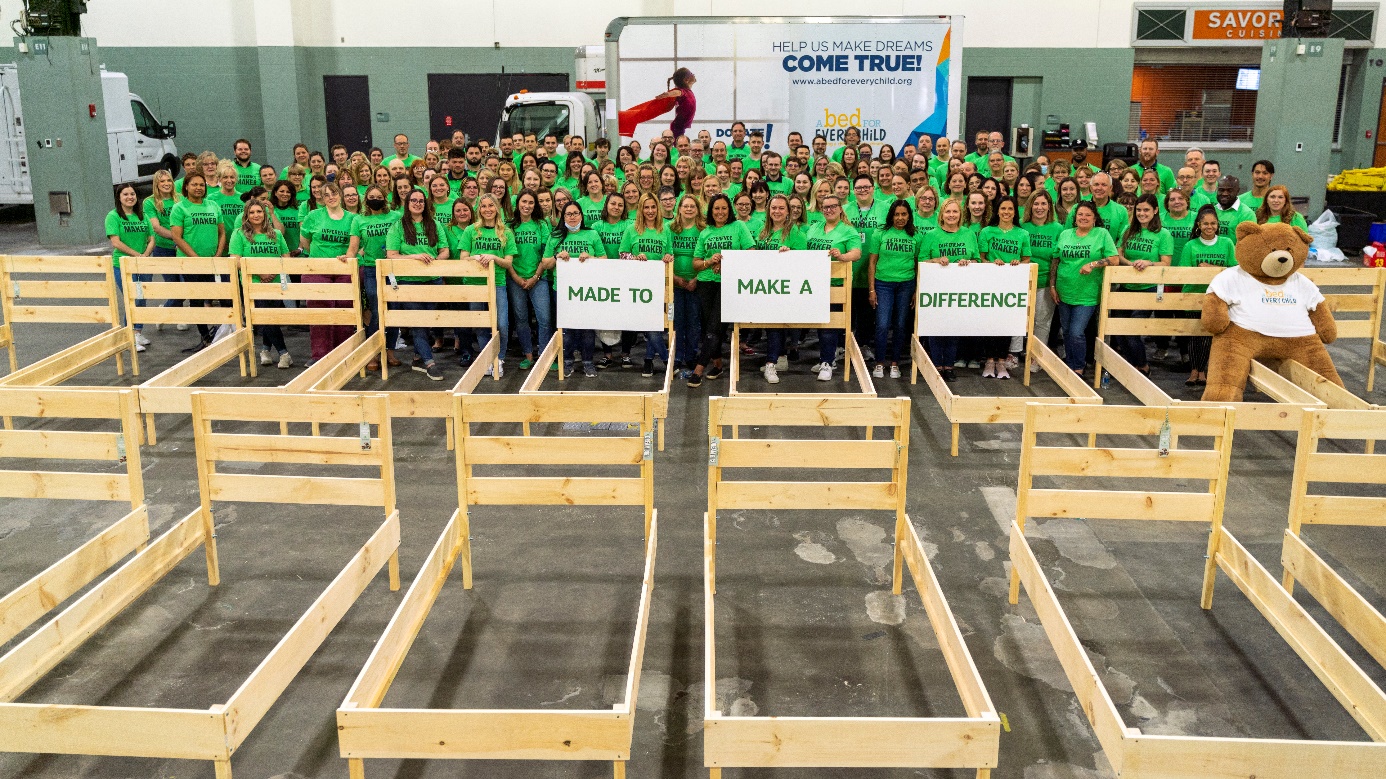 “Country Bank has been making a difference in the lives of its customers, communities, and team members since 1850.  The excitement in the room and the opportunity for the entire Country Bank team to build these beds together was simply amazing to witness, the energy in the room was palpable,” stated Scully.  The new tagline was developed with its advertising agency through various focus groups and deep discussions about what team members, customers, non-profit organizations and non-customers believed to be true about Country Bank.  “This tagline could not be more fitting for Country Bank; even more impactful is that our stakeholders developed it!  We are very excited about how this positions the bank and know that when we say “Country Bank is Made to Make a Difference”, we truly believe that is exactly what we do, whether that is for our customers, both consumer and business, or for our communities,” stated Shelley Regin, Senior Vice President of Country Bank.

During a recent press conference on June 1, 2022, Country Bank made an impactful difference by announcing that it was donating its former headquarters, valued at approximately 3 million dollars, to the Town of Ware for use as a new police department and other multipurpose space. 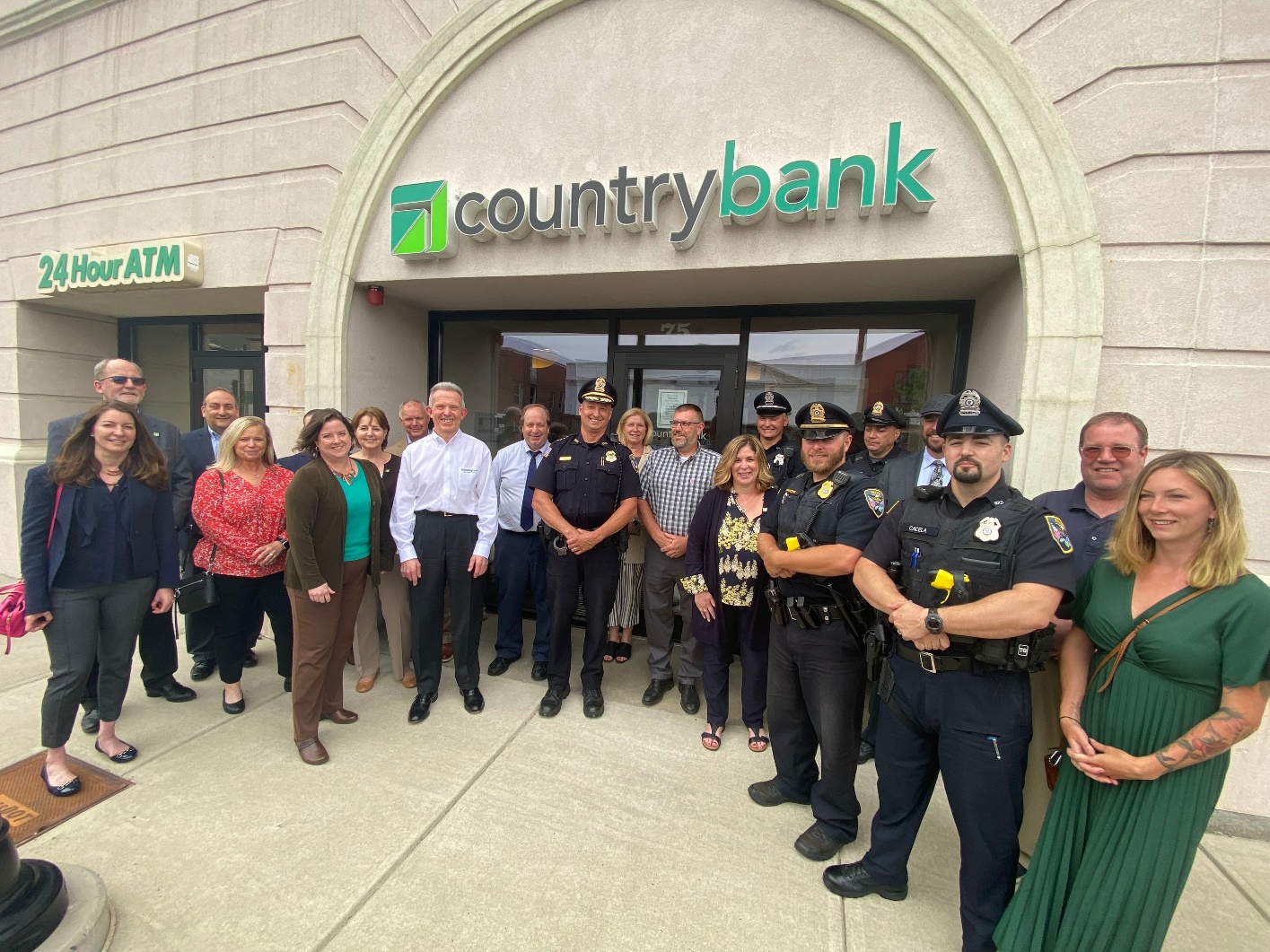 Pictured are members from Country Bank, Town of Ware Select Board and the Police Department.

Country Bank is one of the most highly capitalized mutual savings banks in the Commonwealth offering full-service consumer and commercial banking services. Country Bank serves Central and Western Massachusetts with 14 offices in Ware, Palmer, West Brookfield, Brimfield, Belchertown, Wilbraham, Ludlow, Leicester, Paxton, Charlton, Springfield and Worcester. Country Bank is a member of FDIC, DIF and the SUM network. Country Bank can be reached at 800-322-8233 or online at countrybank.com.