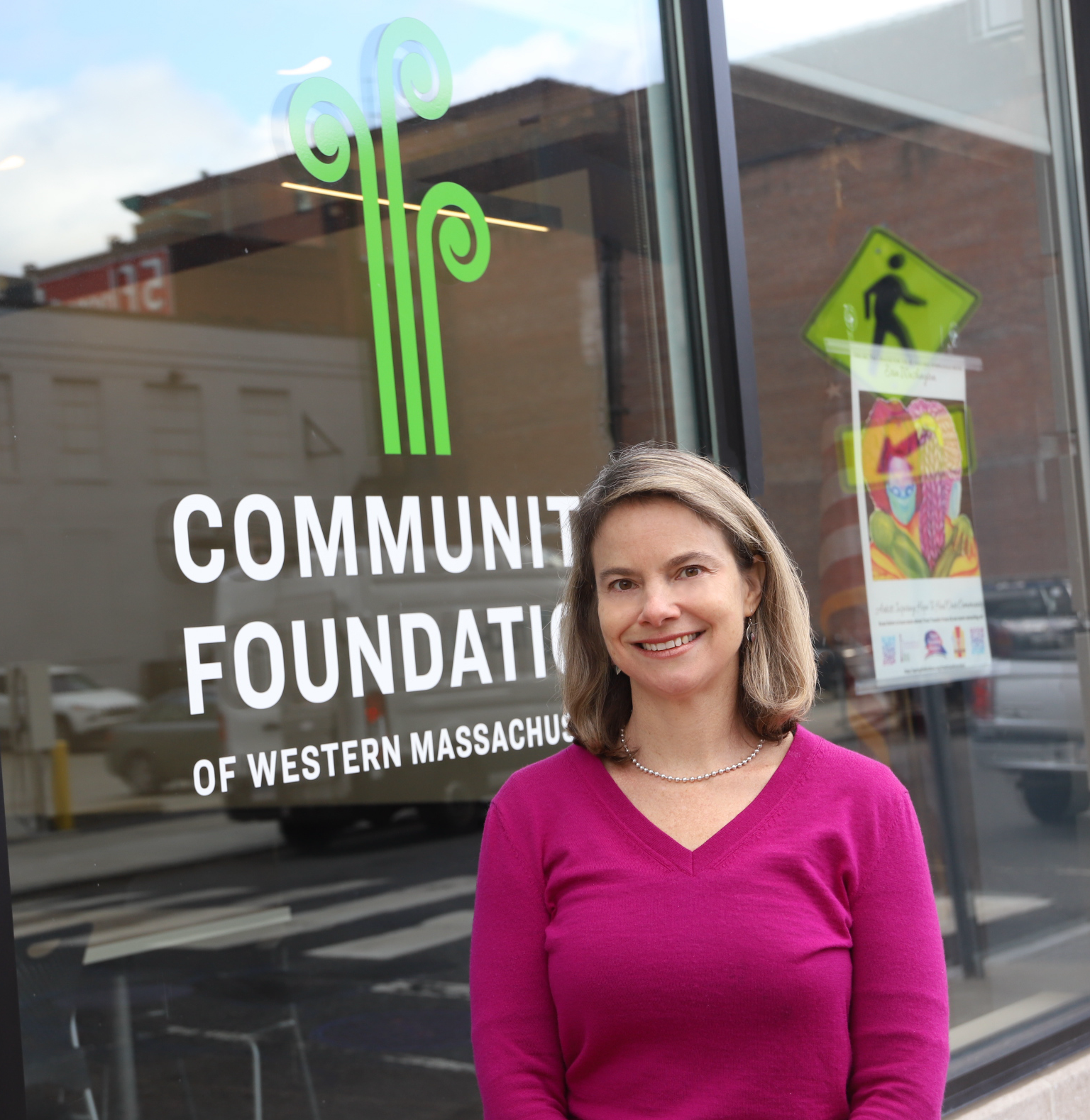 Springfield—The Trustees of the Community Foundation of Western Massachusetts (CFWM) today announced the appointment of Megan Burke to the position of President and CEO of the Foundation. Burke has been a community impact officer at the Hartford Foundation for Public Giving for more than seven years, most recently serving as its Director of Community Impact Grantmaking.

Burke, who resides in West Springfield, has more than 20 years of experience in nonprofit management, strategic planning, and philanthropy. She will begin her tenure at the Foundation on January 18th succeeding Katie Allan Zobel, who moved forward in her career October 1, 2022, after navigating the pandemic and a period of tremendous growth for the Foundation.

Burke began her career working on international peace and security issues at the Ford Foundation and through the United Nations. She also lived in Nicaragua for several years, where her work supported the emerging LGBTQ+ movement and the development of a nation-wide campaign to advance human rights. Prior to her most recent position at the Hartford Foundation, Burke led the Nobel Peace Prize winning International Campaign to Ban Landmines, an international network of nonprofits engaged in advancing a ban on antipersonnel landmines and cluster munitions worldwide.

Megan Burke was raised in western New England. She earned a bachelor’s degree from Wellesley College and a master’s degree from Yale University. She lives in West Springfield with her teenage son, Ernesto.

Paul Murphy, CFWM’s Trustees Chair, said, “On behalf of the Trustees of the Community Foundation of Western Massachusetts, I am excited to share the news that we have selected our next President and CEO and I am honored to welcome Megan Burke to the Foundation.

“Megan is a dynamic, collaborative, and visionary leader, with a deep understanding of philanthropy and community foundations. Her demonstrated commitment to advancing diversity, equity, and inclusion and supporting community engagement has been influenced by her multifaceted lived experience. We look forward to her future contributions to advance our mission and strategic initiatives, all for the benefit of the communities we serve,” Murphy said.

Megan Burke was selected as a result of an extensive local and national search conducted by Lindauer Associates, in partnership with the Foundation’s search committee led by Trustee Chair Paul Murphy.

About joining CFWM as its new leader, Burke said, “As a resident of Western Mass, I am excited to be able to lead the well-respected Community Foundation of Western Massachusetts in advancing equity and opportunity for all residents of the Valley. This region has enormous potential to be an even more vibrant community with all residents enjoying access to high quality early childhood care, more affordable post-secondary education and training, and a more inclusive, creative economy.”

“Throughout my professional career, I have seen what can happen when people come together to address seemingly intractable problems. I have been part of collective efforts that have resulted in a global ban on inhumane weapons, access to health care and education for LGBTQ+ residents of Nicaragua, and increased employment and food security for Greater Hartford residents. My work at the Hartford Foundation has demonstrated the critical role a community foundation can play in bringing people together, especially when that work is done inclusively.   The Hartford Foundation has mobilized its resources to support efforts to shift power and promote more equitable economic and social mobility, including by opening its doors wider to effectively support smaller, and BIPOC-led nonprofit organizations. I am eager to bring my passion for this work to the Community Foundation of Western Massachusetts, building on its strong reputation and the progress its staff has made to ensure CFWM is serving all residents of our region,” Burke said.

About the Community Foundation of Western Massachusetts

Founded in 1991, the Community Foundation of Western Massachusetts seeks to enrich the quality of life for the people of our region. With assets totaling $250 million, CFWM serves the three counties along the Connecticut River in western Massachusetts (Hampden, Hampshire, and Franklin Counties) by serving as a resource, catalyst, and coordinator for charitable activities. To learn more, visithttp://communityfoundation.org/.