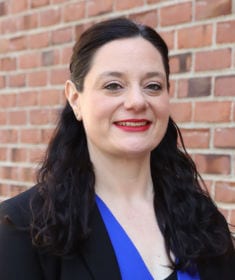 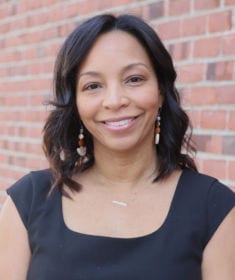 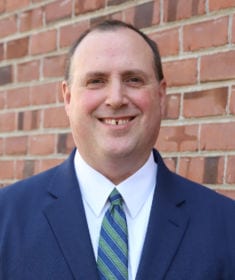 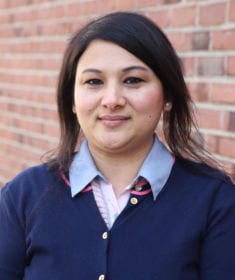 Springfield, MA—The Community Foundation of Western Massachusetts (CFWM) is proud to announce the appointments of Briana Wales as Vice President for People and Culture, Emma Mesa-Melendez as Director of Communications, Keith McKittrick as Development Coordinator and Ullapi Shrestha as Program Assistant. These appointments are the latest example of CFWM’s ongoing commitment to expand its diversity, equity, and inclusion (DEI) efforts internally and within the nonprofit sector.

In her new role, Briana Wales will focus on a wide scope of DEI initiatives to guide both the Foundation’s external and internal DEI work, training, and development of best practices. She has an extensive career in workforce development for youth and adults and has provided leadership in both non-profit and quasi-public settings. In her efforts to serve communities she has fostered partnerships and programming to increase equity and access for underrepresented or marginalized groups. Wales received her M.Ed. in Social Justice Education from UMass Amherst and her B.S. in Psychology from Mount Holyoke College. She is a lifelong resident of western Massachusetts, and currently resides in Chicopee with her teenaged son and daughter, bonus son, and fiancé.

Wales is joined by Emma Mesa-Melendez who will serve as Director of Communications. Mesa-Melendez will be responsible for CFWM’s Communications Strategy and will assist with DEI initiatives. In recent work she has consulted in marketing and graphic design, and previously served as Vice President for Community Relations, Human Resources, and Marketing Management for New Valley Bank & Trust. Mesa-Melendez received her M.B.A. from Southern New Hampshire University and her B.A. in Critical Social Thought from Mount Holyoke College. She has worked with several nonprofits as both a board member and volunteer including the Minority Inclusion Project, Farmington Valley YMCA, Vet Air, and The Performance Project. She is a longtime resident of Springfield.

Keith McKittrick joins CFWM as the Development Coordinator. He comes to the Foundation with 25 years of experience in philanthropy. He has held positions at UMass Amherst, Western New England University, and Holyoke Community College where he has worked with donors to establish scholarships and fundraise for educational initiatives. McKittrick received his Master of Public Administration from Framingham State University and his B.A. in Political Science from Westfield State University. Keith resides in East Longmeadow with his wife and three children.

Ullapi Shrestha joins the Foundation as Program Assistant in the Philanthropic Services Division. She has worked as an interpreter at United Nations High Commissioner for Refugees and as an intern at the United Nations Headquarters in New York. She has volunteered with the American Red Cross and Habitat for Humanity. Shrestha received her M.S. in Management from Saint Joseph College and B.A. in Business Marketing from the Institute of Technology in Carlow, Ireland.

About Community Foundation of Western Massachusetts

Founded in 1991, the Community Foundation of Western Massachusetts seeks to enrich the quality of life for the people of our region. With assets totaling $200 million, CFWM serves the three counties bordering the Connecticut River in western Massachusetts (Hampden, Hampshire, and Franklin Counties) by serving as a resource, catalyst and coordinator for charitable activities. To learn more, visit http://communityfoundation.org/.