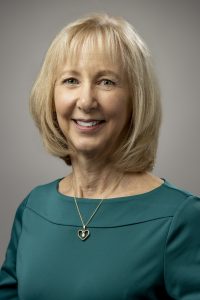 SPRINGFIELD, Mass. – Freedom Credit Union recently announced the promotion of Charlene Smolkowicz from commercial credit manager to assistant vice president. A resident of Westfield, she has been with Freedom since 2016 and is based in the main office in Springfield. In her role, she manages the commercial credit department, underwriting process and analyst team for commercial and industrial, commercial mortgage/commercial real estate and non-profit borrowers. She is also responsible for maintaining sound portfolio credit quality and monitoring risk.

“Charlene already had nearly two decades of experience when she joined our team six years ago, and she has proven herself to be a leader time and time again,” said Freedom Credit Union President Glenn Welch. “She is a past recipient of our GEM award and is dedicated not only to providing the best service to our members, but also to helping her colleagues grow and thrive.”

Smolkowicz earned her bachelor’s degree in business administration at Northeastern University in Boston and a graduate certificate in non-profit management at Bay Path University. She also completed the Massachusetts Bankers Association Advanced School of Commercial Lending at Babson College.

Active in the community, Smolkowicz serves as treasurer and chairs the finance committee for the Board of Directors for Viability, Inc., and participates in both the WIT (Women Innovators & Trailblazers) Mentor Match Program and Springfield School Volunteers Read-Aloud program. She was recognized as the United Way of Pioneer Valley Volunteer of the Year in 2012.