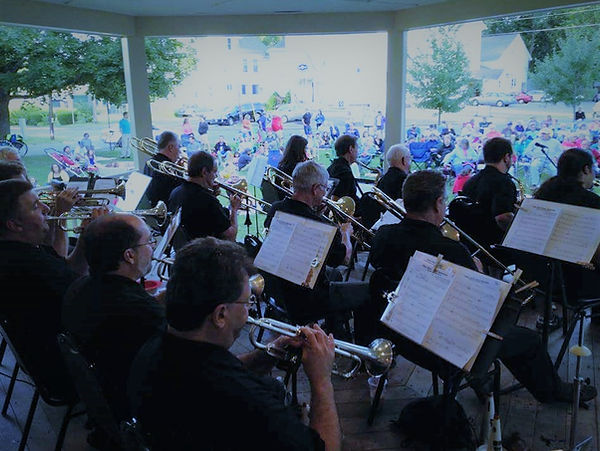 SPRINGFIELD, Mass. – What better way to welcome visitors back than with a band! We are pleased to announce that we will have not one, but two bands perform concerts outdoors on our historic grounds this summer. Bring a lawn chair, a picnic, and dust off your dance shoes as we bring live music back to the Armory. Both concerts will take place on the lawn in front of the Commanding Officer’s Quarters.

On Saturday, June 11, West Mass Brass band will perform patriotic and military tunes with an afternoon performance at 1pm. West Mass Brass band started in September 2014 bringing brass enthusiasts, music majors, music teachers and students together to play music in the British brass band tradition. Band members come from all over western Massachusetts and southern Connecticut to share their love of music.

“There is a long-standing tradition between Springfield Armory and big band music. In 1943 Benny Goodman and his band came to the Armory as part of his nationwide Twilight Tours. Goodman made a point to play to war workers like those at Springfield Armory as a thank you for their dedication and patriotism. The Armory workers were essential in the manufacturing of firearms for the military during WWII,” noted Park Ranger, Susan Ashman.

About Springfield Armory: Springfield Armory National Historic Site is the location of the nation’s first armory (1794 – 1968) and was established by George Washington. The Museum is open Wednesday-Sunday, 9:30am-4:00pm. For further information call (413) 734-8551, check the website at www.nps.gov/spar or www.facebook.com/sparnhs. Download the NPS App for the latest information at your fingertips.