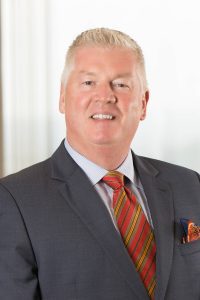 SPRINGFIELD, WORCESTER, Mass. – Skoler, Abbott & Presser, P.C., a leading labor and employment law firm serving employers in the greater Springfield and Worcester areas, announced that one of its partners, Attorney Timothy F. Murphy, has been recognized by his peers for inclusion in The Best Lawyers in America® list for 2023. He is listed in three fields: Employment Law – Management, Labor Law – Management and Litigation – Labor and Employment.

Focusing his practice on labor relations, union avoidance, collective bargaining and arbitration, employment litigation and employment counseling, Attorney Murphy has been included in The Best Lawyers in America every year since 2013 and was Lawyer of the Year in 2015, 2018, 2020 and 2022.

Attorney Murphy, a Springfield native who lives in Wilbraham, is very active within the local community. He sits on boards of directors for several area organizations such as the Human Service Forum and Community Legal Aid. He also is a member of the World Affairs Council.

For more than 40 years, Best Lawyers has been regarded—by both the profession and the public—as the most credible measure of legal integrity and distinction in the United States. As such, recognition by Best Lawyers symbolizes excellence in practice. Inclusion is based on a rigorous peer-review survey comprising more than 12.2 million confidential evaluations by top attorneys. Because no fee or payment is allowed for participation, inclusion in Best Lawyers is considered a singular honor.

Skoler, Abbott & Presser has been one of New England’s leading law firms exclusively practicing labor and employment law for more than half a century. Representing only interests of management and employers, the firm has offices in Springfield and Worcester Massachusetts.

Founded in 1964, Skoler, Abbott & Presser is a boutique firm with offices in Springfield and Worcester that exclusively practices labor and employment law and represents only the interests of management. The firm’s practice areas include all aspects of labor and employment law, including traditional labor law, contract negotiations, union avoidance, and arbitrations; employment litigation in state and federal courts and before administrative agencies; employment counseling, policy review and training; and a wide range of other areas of the law related to the management of employees, including ERISA issues, reductions-in-force, compliance with state and federal employment statutes, immigration law, and audits of human resources practices. In addition to its offices in Springfield and Worcester, Mass., the firm also has an extensive practice in Connecticut. Further information about Skoler, Abbott & Presser can be found on its website, skoler-abbott.com.