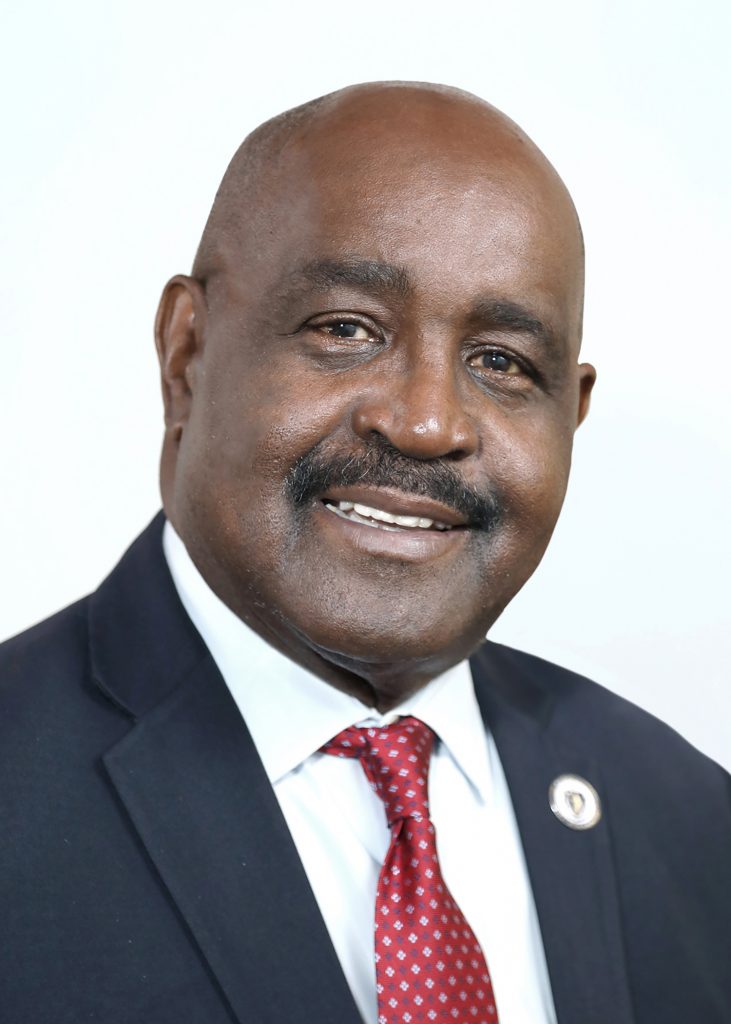 The Ubora Award and the Ahadi Youth Award—conferred by the African Hall Subcommittee annually—are awarded to African-American people from Greater Springfield who have—above and beyond—demonstrated commitment to fields of community service, education, science, humanities and/or the arts.

Representative Bud L. Williams received five nominations for this prestigious award. All who nominated Rep. Williams commended his devotion to civic duties, his unflinching advocacy for the people he represents, and his unrelenting activism for social justice for all people. Currently serving in the Massachusetts House of Representatives for the Eleventh Hampden, consisting of Springfield: Ward 2: Precinct H, Ward 3: Precinct A, Ward 4, Ward 5: Precincts A, B, E, F, Ward 6: Precinct E, Ward 7: Precinct A, Ward 8: Precinct C, he is also a member of the Massachusetts Black and Latino Legislative Caucus.

The nominators spoke of Rep. Williams with glowing praise:

His full bio is here:

Representative Bud L. Williams, a lifelong resident of Springfield, Massachusetts, exemplifies community service through his devotion to civic duties, his unflinching advocacy for the people he represents, and his unrelenting activism seeking social justice for all people.

A graduate of Putnam High School, where he demonstrated academic success in the classroom and demonstrated good character and sportsmanship on the basketball court, Rep. Williams received accolades and offers from many colleges but chose to continue his education in Springfield so he could also care for his mother and younger siblings.

After earning a Bachelor of Education degree from Springfield Technical College and Westfield State University, Rep. Williams continued his studies to earn a Master of Education degree from the University of Massachusetts. As an elementary school teacher and later as a probation officer, he helped many young people establish positive life goals. “Bud Williams has been a major asset to Springfield. This starts with the youth and extends to the elders,” said nominator Dr. Bobbie L. Rennix.

Elected to Springfield City Council in 1993, Rep. Williams was recognized as “the People’s Council” by many who appreciated his steadfast support on their behalf. Currently serving in the Massachusetts House of Representatives for the Eleventh Hampden, consisting of Springfield: Ward 2: Precinct H, Ward 3: Precinct A, Ward 4, Ward 5: Precincts A, B, E, F, Ward 6: Precinct E, Ward 7: Precinct A, Ward 8: Precinct C, he is also a member of the Massachusetts Black and Latino Legislative Caucus. Another nominator, Emurriel Holloway said: “His name is synonymous with COMMUNITY SERVICE in the greater Springfield area.”

“His fight to keep banking services in our community has been a true blessing to the entire community. Mr. Williams works hard to make Springfield a safe and good community for all of us living in the city. He is an advocate with a ‘heart of gold’,” said nominator Mary B. Moore. Rep. Williams was instrumental in stopping TD Bank from closing the Mason Square bank branch—a closure that would have negatively impacted poor and underserved residents, particularly senior patrons. “He is a champion for justice,” said nominator Mary A. Worthy.

Rep. Williams’s fight to address the injustices of subpar housing and support for displaced residents of Bergen Circle housing complex is another example of his work on behalf of the community. Rep. Williams assisted the elderly, providing transportation, and making certain that residents were treated with dignity as they sought out shelter and other services. “Bud works tirelessly on behalf of the entire Springfield community as he addresses issues that may negatively affect the health of the community. He is unafraid to speak out in the face of adversity for the betterment of the community-at-large,” said nominator Robert Cee Jackson.

Representative Bud L. Williams is a champion for justice and a healthy community. 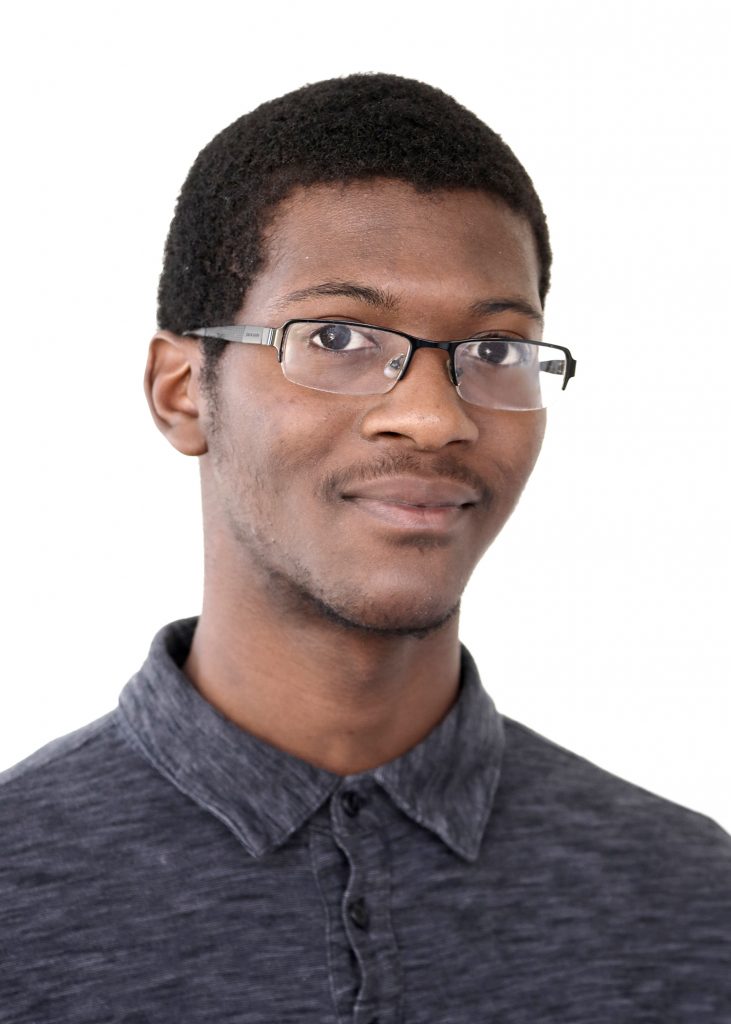 Kareem Wedderburn was nominated for the Ahadi Youth Award by his school counselor John M. Szymczyk of Springfield Central High School. Szymczyk recommended Wedderburn for his open mind and studious nature. And most especially for his rare blend of academic exploration, analytical abilities, and interpersonal skills.

“He attacks all aspects of his life with a calm considered determination that shows incredible responsibility and focus. Clearly, he has the values and integrity to always do the right thing,” Szymczyk said.

Wedderburn was surprised by the honor. He said: “I really didn’t expect to be nominated, let alone chosen for this award. Looking back at the work I’ve done and what I’ve accomplished so far, I understand why I have earned this award, and I am extremely grateful for the recognition.”

One of seven close-knit siblings raised by their mom, Wedderburn challenged himself throughout his Springfield Central High School career with advanced placement coursework, leadership in the school theater productions, and a pivotal Upward Bound program in social justice. “I am a proud alumni of Northfield Mount Herman Upward Bound,” Wedderburn said.  Upward Bound’s mission is to enable first-generation and low-income students to succeed in high school and enroll in college. The program also has a significant social justice element. “UB’s social justice program has allowed me to have productive dialogue on a variety of current issues, developed me as an activist, and in general made me more aware of the struggles that black people and other oppressed groups face,” Wedderburn said.

Wedderburn became passionate about public transit when he started taking the PVTA to school every day. Since then he has studied, written about, and photographed transit as a hobby. He has also made it his career focus. Currently he is a freshman at Westfield State University, majoring in Regional Planning. “Frequent and effective transit is a key factor in improving cities and rural areas,” Wedderburn said. “It’s especially important for poor people and people of color to have access to good public transit, as it provides affordable means to get to schools, jobs, medical care, and more. I plan on having a career in the transit field and help improve transit systems.”

Wedderburn’s drive for success, his zest and enthusiasm for learning, and his keen hope to make a positive difference in the world all add up to the qualities honored by the Ahadi Youth Award.

True to the Swahili word that comprises its name, the Ubora Award recognizes an adult of African heritage who exemplifies excellence in their commitment to creating a better community through service. In 2019, the Ubora Award was given to Andrew R. Cade, Vice President of the Urban League of Springfield.

Named for the Swahili word for “promise,” the Ahadi Youth Award is presented to a young African American who excels in academics and performs admirable service to the Greater Springfield community. Eligible candidates must be age 19 or younger, live in or have strong ties to the Greater Springfield area, and be currently enrolled in grades 10, 11, or 12. In 2019, the Ahadi Award was given to Michael Denson Jr.

The African Hall Subcommittee is a volunteer group comprised of educators, business people, and community leaders from the African-American community. The group has administered this annual award since 1992. A full list of the awardees can be found on the Springfield Museumswebsite.